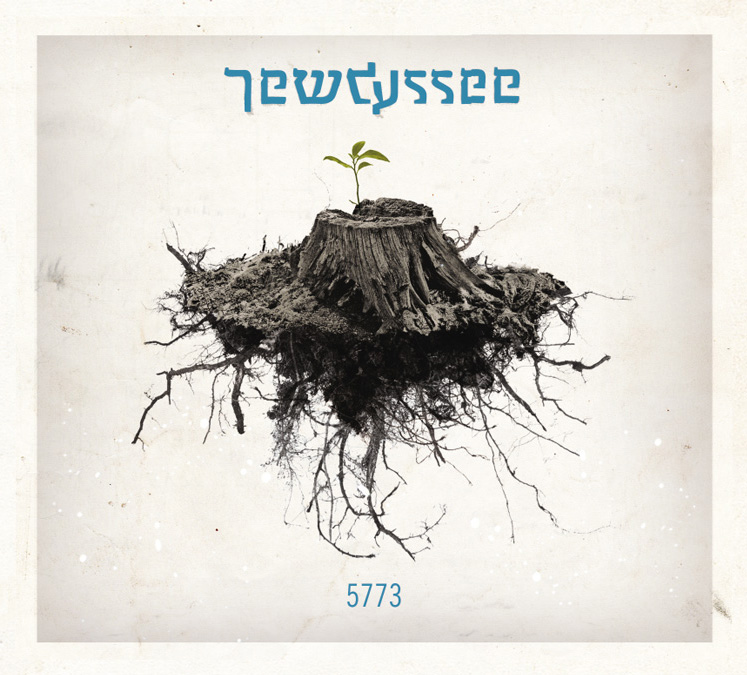 
Read more about this project on the Discography details page.

The new JEWDYSSEE album "5773" is released on July 13th. I am very delighted to contribute with 2 productions to this incredible album - "Glik" and "Hinematov".

JEWDYSSEE crafts cultural history with party rocking beats in a way that has never been attempted. The result is a powerful balance of yiddish melodies and club rhythms. It’s a way of celebrating musical “yiddishkait”in the most vivid way.

JEWDYSSEE CELEBRATES THE YIDDISH WAY OF LIFE IN THE 21. CENTURY!

The german-israeli singer Maya Saban and her band are JEWDYSSEE. They have devoted themselves to revitalising the pearls of Jewish/Yiddish culture – bringing back to life what was once considered to be virtually extinct. The music brings together aesthetics of Sri Lanken diva, M.I.A., french electro group Daft Punk and Yiddish soul sisters, The Barry Sisters.

JEWDYSSEE taps into their audiences bodies and souls, sweeping them up off their feet with their thunderous beats. Their skill at combining unique electronic beats together with the sounds of the trumpet and clarinet has made JEWDYSSEE appealing to audiences world wide.

The JEWDYSSEE community is growing daily. Besides many appearances in their hometown Berlin, Germany and further european countries, their travel route led them already to the US of A and to Israel in order to spread the „Neshume“, the yiddish soul around.

JEWDYSSEE has masterfully been able to fuse traditional, swing, club and electronic music into a single, yet to be defined, “never yet heard” style. Perhaps this project doesn’t even need a description since the buzzing vibe in front of the concert doors speaks for itself. A rhythmic beat sneaks up from your toes to your head. The sound is loud, it carries you away immediately – "beads of sweat in the beat of the music".

Their original style has made them the crossroad of balalaika culture and innovative club music. It is here, where east meets west and middle eastern sounds meet those of the east block – making JEWDYSSEE the home of past, present and future sounds!

Be prepared - the JEWDYSSEE album - crossing boundaries and conveying old to new.