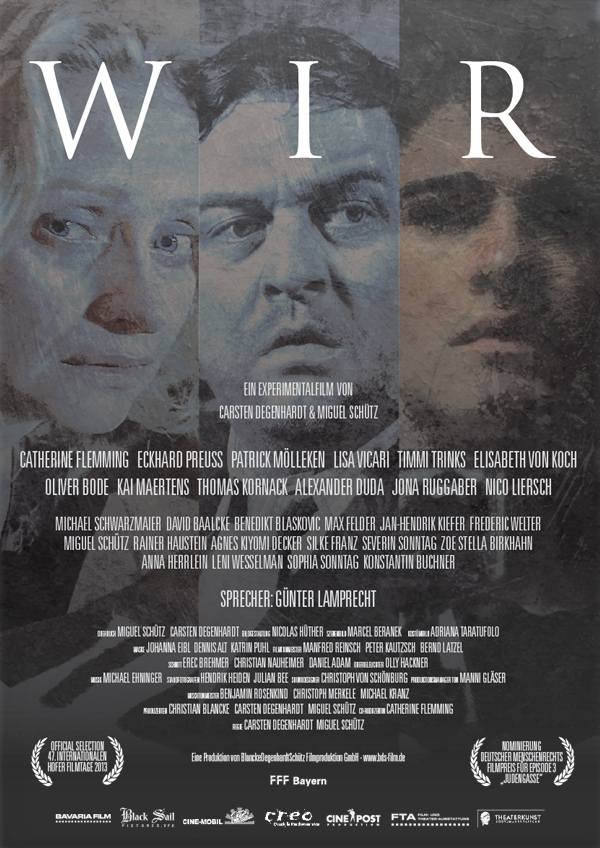 ¬ Go back to Filmography

The movie "WIR" shows violence from its worst side: The friendly one. The offender is always the one who nobody would have thought of.

A sophisticated engineer becomes a bully, a likable high-school student has murder fantasies and a better natured man, friendly towards Jews, converts to a brutally cold SS man.

The movie premiered on the 47th International Movie Festival in Hof 2013.

Nominated for the „Millbrook Autorenpreis 2013“ (prize for authors)

Nominated for the „Öngören Prize for democracy and human rights 2014“